Give Me Egg Yellows


There once lived a man fixated on contrarianism. If a clear sky blessed his town, he pointed to the distant storm clouds over the horizon. When the hometown team played its rival, he cheered diligently for the opponent. And as the stock market posted tremendous gains, he preached of a bear market seduction.

"Don't be lured by the recent gains, you will eventually face misfortune and lose everything!"

The entire town knew him as the inconsiderate contrarian and avoided him at all costs. It was his place in the community to doubt and his viewpoints proved unpopular to everyone. He disrupted their jubilant ways of life and distracted them from their daily routines. But, it was his explosive display of antagonism one particular morning that encouraged the town people to rethink their complacency.

On the morning in question, he paid a visit to the neighborhood health diner. The diner advertised itself as an alternative to fast food restaurants. As he sat patiently to place his breakfast order, he became disgruntled with the consistency of orders requesting "egg whites." It seemed every patron ordered the same. Egg whites … egg whites … egg whites.

"Stop with the egg whites!" he told himself.

The contrarian, however, was an educated man and he knew the benefits of egg whites. The yolk contained a lot of unhealthy fat and cholesterol, but not egg whites. The high protein from egg whites provided the benefits of muscle building and weight loss. Remember though, he was the town contrarian and it was his obligation to propose a second opinion. As he contemplated the best way to introduce salmonella to the diner's most popular topic of conversation, he had a revelation.

"Give me egg yellows!" he shouted rebelliously to the waitress. Every fork, spoon, coffee cup, and orange juice glass dropped. Silence breached the busy diner and the contrarian smiled with satisfaction. As the contrarian, he rejected the healthier egg white option.

With one statement of defiance, he disregarded all medical advice to limit egg yolks, he argued popular opinion, and he glorified the alternative. His personal entertainment relied solely on the responses of those he confronted and he laughed at the shocked expressions. Although the diner spoke about the ridiculous incident for years to come, some patrons began to deviate from the diet and ate the entire egg from time to time.

Most people find embracing the contrarian a difficult proposition because it goes against the tide of popular belief. Yet, there are times when one must consider alternatives.

Contrarianism has its benefits and disadvantages in the areas of investing and saving. It takes a delicate mixture of confidence, education, and control to make the theory successful. The contrarian investor often sells when the herd is fervently buying and buys when the herd is frantically selling. The contrarian recognizes the extremes of hysterical selling and overly optimistic buying. And to the contrarian, the genesis of a great investment opportunity occurs during intolerant and erratic market episodes.

Capitulation is an important concept for the contrarian to understand. It refers to sellers theoretically selling all positions as the market abandons its belief of an upward bias. In an effort to reduce further losses, investors sell positions at unreasonable prices and the market reaches oversold extremes. Some signs of a market capitulation include above average volume, negative mornings resulting in positive closures, and dramatic increases in mutual fund cash positions. For the market contrarian, exorbitant pessimism is an ally.

Arguably, the most popular capitulation event occurred in October of 1987, also known as Black Monday. In one day, the Dow Jones Industrial Average lost nearly 23% of its market price and devastated investment accounts worldwide. What a nice way to begin the work week. And although the United States avoided a recession and depression, the plunge resulted in widespread emotional commentaries. Potential reasons for the crash included programmed computer selling, unreasonably bullish investor sentiment, high stock valuations, and the weakened U.S. dollar.

Just as the town contrarian disrupted the diner, in October of 1987 the stock market temporarily swayed investor confidence. Yet, the next day, the Dow Jones Industrial Average rose almost 6% from its prior day close. By the end of 1987, the index posted an increase of about 11.5% from its October 19th lows, and on the one year anniversary, a gain of approximately 23% from the lows. Today, the Dow Jones Industrial Average price is nearly six times Black Monday's closing amount.

To be a contrarian investor does not mean acting foolishly and blindly. It is important to realize every person has unique investment policies. A thorough review of your risk tolerances, time horizons, and financial goals must be factored into your overall plan. Consult your financial advisor for appropriate direction.

Contrarian investing takes into consideration crisis driven market moves. A contrarian watches for overabundant emotions of greed and fear. Yet, acting on the irrational theories of others is not enough. Review current market conditions and the reasons behind such moves. Fundamental analysis of your positions is another key component to a well diversified portfolio. A contrarian must understand the market place in full.

The market has a curious way of introducing doubt into the minds of its investors when many seem content with the current direction. It is important to stay alert of changes and consider alternatives. Setting realistic goals, adapting to changes, and remaining focused will also aid you in developing an appropriate strategy.

And when the market menu reads just one meal, remember you may have other choices to fill your investment plate. Choices that may assist you in understanding market volatility and thus create a healthier outlook for the future. Contrarianism is not a rule to enforce at all times, however it is an approach that deserves some skeptical attention.

As an investor, you should be aware of all your options and make logical choices. Then, one day you may order "egg yellows for my portfolio, please." 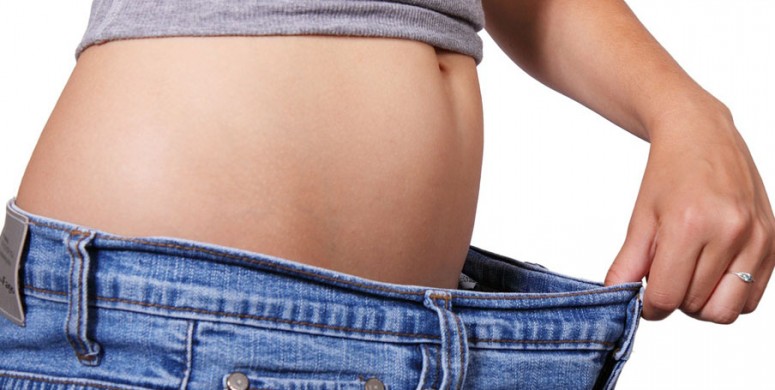 DON'T MISS
What You Need To Know To Lose Weight
How To Lose a Stone For Christmas Time
10 Tips To Permanent Weight Loss
5 Ways People Treated Me Differently After Losing More Than 100 Pounds
The 50 Million Pound Weight lOSS Challenge Tops 375,000 Lbs
Dieting Dos and Donts
Lose a Lot of Pounds Permanently - Get Top Quick Weight Loss Programs
Explaining Ephedra
A Fun Fall Workout To Get A Great Butt
HCG Diet Plan Overview- How Safe Is An HCG Diet To Lose Weight?