After banning fast food toys in many restaurants, California is taking another initiative against obesity; this time, the setting is South Los Angeles, as discussed in a recent New York Times article, written by Jennifer Medina. Los Angeles is making a bold statement by banning new fast-food restaurants in South Los Angeles, a section of the city with significantly higher rates of poverty and obesity than other neighborhoods.

Los Angeles is the first city to make this decision as part of a public health effort. The regulations, passed by the City Council unanimously last month, are meant to encourage healthier neighborhood dining options. Supporters of this regulation hope for more sit-down restaurants, produce-filled grocery stores and takeout meals that center on salad instead of fries.

“If people don’t have better choices or don’t have the time or knowledge or curiosity, they are going to take what’s there,” said Jan Perry, a city councilwoman who represents part of South Los Angeles and pushed for the regulations. “To say that these restaurants are not part of the problem would be foolish.”

Existing fast food restaurants can stay open, and exceptions will be made for restaurants opening inside a shopping center. Many businesses or casual restaurants that serve equally unhealthy food can also get permits to open.

The City Council first enacted a one-year moratorium in 2008. Since then, no stand-alone fast food establishments have opened in the area; instead, the area got its first new supermarket in nearly a decade.

“There are people who are accused of being the food police, of trying to control what goes into people’s mouths,” said Bernard Parks, a city councilman who represents part of South Los Angeles and also pushed for the regulation. “But we just don’t think that we need to give fast food more rights around here. We don’t think our community needs to have 10 or 15 or 18 ways to eat a hamburger.”

Now that South Los Angeles has set a precedent, the Physicians Committee for Responsible Medicine, an advocacy group in Washington that has long fought against fast-food chains, is pushing for other cities to enact similar limits. So far, there has been little support from community leaders in other cities.

There are currently nearly 1,000 fast-food restaurants in the 30 or so square miles of South Los Angeles covered by the regulation. Approximately 30 percent of the 750,000 residents in the area are obese, which is double the rate in wealthier parts of the city, according to the county’s Department of Health.

Despite these regulations, which are a step in the right direction, there will continue to be fast food restaurants in South Los Angeles and people will continue to frequent these establishments. Poverty and obesity often go hand-in-hand and let’s face it: fast food is cheap. 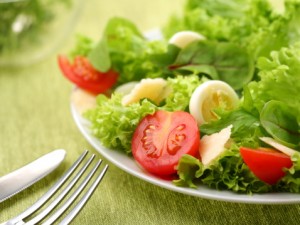 Simple Tricks On How To Achieve Weight Loss