Alli (pronounced Al-eye), the new diet pill from drug giant Glaxo Smith Kline, has been hyped as the solution to all your weight loss troubles, and best of all, it's available over the counter, ie you can get it without a prescription at your local drugstore. Personally, I'm a bit skeptical and careful when it comes to hyped products. First of all, the facts.

Alli for weight loss - how does it work?

Alli is not a new drug per se. It is the baby sister of the drug Xenical, a prescription drug used to treat obesity. They both contain the same substance, orlistat. The only difference is in quantity. Xenical contains 120mg of orlistat while Alli contains 60mg of orlistat. Alli should be used by overweight adults (over 18 years) as an aid to weight loss together with diet and exercise.

Alli is basically a fat blocker. It works by stopping a substance called lipase from working in your bowel. Lipase breaks down the fat that you eat into little pieces so that it can be absorbed into the body. As the fat is not broken down and absorbed, it passes through the bowel unchanged and is removed when you go to toilet.

How do you use Alli?

Alli is taken with a meal that contains fat up to 3 times a day. You should not eat more than 15g of fat in each meal as this increases the possibility of side effects.

How long should you use Alli?

The manufacturers suggest that you may only need to use it for 6 months as that is when most of the weight loss occurs.

What are the side effects of Alli?

Who should not use Alli?

You should not use Alli if you:

Will Alli help you lose weight?

The short answer to that is yes. It is recommended that Alli should be used as an aid to weight loss in combination with a healthy diet and exercise.
But don't expect the pounds to just fall off! Xenical, the prescription-only, double strength big sister of Alli induced a weight loss of about 6 pounds in one year. At half strength, Alli is expected to produce about half the weight loss, ie about 3 pounds a year compared to expected weight loss using diet and exercise alone.
Another thing to consider - if you stop using Alli, that weight you lost comes right back!

I have heard of people losing 10lb in 8 weeks and other similar stories. Some people that have tried almost every diet they have come across without success have been able to lose weight with Alli. It works in your intestines and not in the brain or anywhere else so you won't get the jitters like with some other weight loss aids. It may work for you too...... 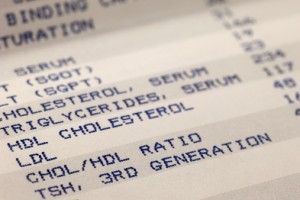 DON'T MISS
Fat Loss For Women Is It Really Harder For Women To Lose Weight
2 Tricks to a Morning Metabolism Boost
Weight Loss Story What Did I Do Wrong
DO NOT USE Xenadrine - Lose Weight Naturally
The Big FAT Lie
Dont Buy Easy Vegie Meal Plans Until You Have Read This
Inspiring Your Teen To Lose Weight
Shed Pounds Really Quick: Three Approaches For Fast and Healthy Diet
Follow the Calories In Calories Out Rule for Weight Loss
Tips to Help You Lose Weight, Get in Shape, and Feel Better Than Ever This New Year

Setting A Goal And Reaching It: Weight Loss Tricks That Work!