Substituting Agave Nectar For Other Sugars

As a sweetener, agave is sweeter than honey and sugar. However, it has a subtle taste that brings out the flavor of many baked foods and beverages, including coffee and tea. Agave nectar dissolves smoothly in cold beverages, as well as in hot beverages.

You can easily convert recipes for baked foods, such as muffins, cookies, cakes, and sweet breads from white sugar to agave nectar. Just use ¼ cup of agave nectar for every 1 cup of sugar. Also, decrease your liquid ingredients by ¼ cup for every cup your recipe calls for. Instead of mixing the agave nectar with the dry ingredients, mix it with the fat or liquid first. Finally, when replacing sugar in recipes with agave nectar, set your oven 25 degrees lower than indicated in recipes, because baked goods with agave nectar will brown more quickly than baked goods with sugar.

If you are substituting agave nectar for honey in a recipe, it is simple. Just replace the amount of honey with the same amount of agave nectar, and bake according to the recipe.

While agave nectar is gluten free and allergen free, the biggest health benefit from agave nectar is its low glycemic index. Agave nectar is one of the safest sweeteners for diabetics to eat because it will not over stimulate the production of insulin or cause blood sugar levels to spike too high (like other sugar substituted ingredients can). Agave is both organic and kosher certified, and it is healthy and safe for people of all ages to eat in moderation from childhood to old age.

Agave nectar is becoming increasingly popular as a vegan sweetener. And because it is heated at less than 118 degrees, it also qualifies as a raw food by many raw food enthusiasts.

To get the health benefits from agave nectar, you don't have to sacrifice taste. Agave is a flavorful sugar substitute that tastes similar to caramel, toffee, or maple. Because its mild flavor and moist texture are very consistent, agave nectar is very good for baking. 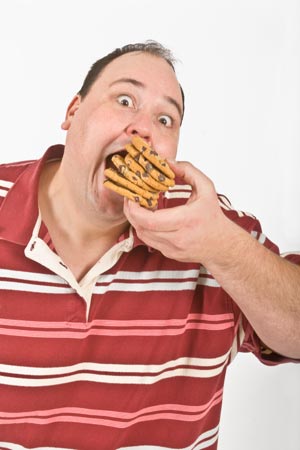 DON'T MISS
The Fastest Way to Lose Weight Without Dieting
The Dangers Of Ephedra
Caralluma Burn Weight-loss
The Fourth of Seven Sins in Obesity – Changing Family Dynamics
For All Walks Of Life
How to Escape Holiday Overeating – A Powerful 3 Step Strategy to Avoid Holiday Weight Gain
How Many Calories You Need to Burn to Lose 10 Pounds
Summer Weight Loss In Fat Camps
How Can Calotren Keep You Fit?
The Many Benefits Of Walking

You’re at risk of diabetes if you have these symptoms