Any women who's gone on a diet with her boyfriend, husband or guy pal may recall watching the pounds melt from her man's body while her own fat refused to budge. While it's certainly no fun to struggle with weight loss while your partner sees instant success, the hard truth is that women just don't lose weight as easily as men--or do they?

A new study published in the British Journal of Nutrition reports that women may not have quite the weight-loss handicap as previously thought. If the study is indicative of all men and women, it appears that males have a head start but don't necessarily win the race.

The British researchers studied men and women who were following one of four commercial weight-loss plans: Slim-Fast, Weight Watcher's, Atkin's or Rosemary Conley's Diet and Fitness Plan. After two months of dieting, the males had lost about twice as much weight--and a whopping three times as much body fat--as their female counterparts.

Over the following weeks, however, weight loss began to slow down for both sexes. And by the sixth month, men and women were losing weight at close to the same pace. Therefore, despite the initial boost, women seem to have similar weight-loss capabilities as men in the long term.

Why Do Men Slim Down So Much Faster at First?

Body composition has a lot to do with it. Men simply have more muscle mass, while women have more fat. This doesn't mean that women are less healthy, but it does mean that their metabolisms are slower. Muscle tissue burns more calories per hour than fat tissue, even at rest. That's why men can eat more calories per day than women--even at the same weight--without gaining fat.

Knowing this, women can accelerate their weight-loss results with regular strength training. By lifting weights, taking a Pilates class or doing squats and push-ups at home, ladies can boost their metabolism by up to 15 percent.

The Location of Fat

Belly fat is nothing to be jealous of however; having a wide waistline may leave you more vulnerable to heart disease, stroke and even some types of cancer. Far better to put up with a bit of hip pudge than to deal with these ailments.

Ultimately, dieters of both genders will see success if they consistently eat fewer calories than they burn each day. Do this by reducing portion sizes, avoiding junk food and exercising most days of the week. In the end, it's not how quickly you drop pounds, but how well you maintain a healthy weight for life.

How to Ease into Healthy Eating: A Dieting Guide for Beginners

Nina Kate is a certified fitness nutrition specialist through the National Academy of Sports Medicine (NASM). She also studied journalism at the University of California, Los Angeles (UCLA), and has contributed to numerous major publications as a freelance writer. Nina thrives on sharing nutrition and fitness knowledge to help readers lead healthy, active lives. Visit her wellness blog at BodyFlourish.com. 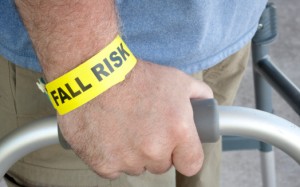 DON'T MISS
Make A Personal Vow! to attain your goal weight
Stop Wasting Your Workouts, Eat After!
Weight Loss For Teens: Shaping Up Playfully
Use These Fat Burning Foods Today For Successful QWeight Loss
Omega3 Fish Oil In The Diet And Weight Loss
The Hormone / Weight-loss Connection
Healthy Eating Ideas!
Suggested Fat Loss Principles - Important Facts You Might Not Be Aware of
The Risk Of Having Too Much Belly Fat
Will a Gym Membership Help You Lose Weight?

List of Foods That Decrease Your Body Fat Percentage