Is it possible to be overweight because of a slow metabolism?

Probably not. There is such a thing as a slow metabolism. But slow metabolism is rare, and it's usually not what's behind being overweight or obese — that's ultimately a result of interactions among genetics, diet, physical activity and other factors.

Metabolism is the process by which your body converts what you eat and drink into energy. Even when you're at rest, your body needs energy for functions such as breathing, circulating blood and repairing cells. The number of calories your body uses for these basic functions is known as your basal metabolic rate.

Rather than slow metabolism, factors more likely to contribute to weight gain include: 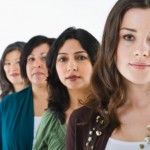 DON'T MISS
Effective and Proven Ways To Get Rid of Stomach Fat
The Failure of the Western Medical Model
Weight Loss Tips For Rapid Body Change
33 Awesome Tips to Lose Belly Fat Fast
Tips on Losing Weight
The Pros & Cons Of A High Protein Diet
How to Get a Flat Stomach by Eating
The 4 Food Additives That Could Be Making Us Fat
5 Myths about the Fitness Exercises
Weight-loss tip: Dont skip snacks

5 Easy ways to strengthen your bones

Your Runs Are Sabotaging Your Weight Loss. Heres What To Do Instead

5 Reasons Youre Not Losing Weight