It can be like a speeding train once it starts. Memory loss is so common in society, especially among the older population that there needs to be a solution for slowing the clock down on memory loss, and soon. The warning signs of memory loss are hard to miss, and personal relationships start to suffer quickly.

Dementia is a broad term that covers a group of disorders involving cognitive problems, such as memory impairment, and difficulty planning or organizing. The most common is Alzheimer’s disease which occurs most typically in people 60 years of age or older. According to the Centers for Disease Control and Prevention, and it is the fifth leading cause of death in people over the age of 65, and up to 5.3 million Americans have Alzheimer’s.

There might be a little bit of a shining light, however. A new study out of the University of British Columbia is showing some promise by saying that elderly people facing the initial stages of memory loss may be able to protect themselves from full-blown dementia by taking up resistance training.

The study made a few other interesting discoveries, saying that seniors who worked out with weights experienced greater improvements in mental functioning, compared to those who participated in aerobics or toning and balance classes.

Researchers followed 86 women (for six months) between the age of 70 and 80 and who had probable mild cognitive impairment. Researchers then used MRIs to show increased blood flow to areas in the brain that were associated with memory and other cognitive functions.
Principal investigator of the study Teresa Liu-Ambrose, was quoted as saying, “what is key is that it will improve two processes that are highly sensitive to the effects of aging and neuro-degeneration: executive function and associative memory, often impaired in early stages of Alzheimer’s disease.”

The study showed improvements to both cognitive performance and the function of the brain following the training.

The research was conducted by researchers at the Centre for Hip Health and Mobility at Vancouver Coastal Health and the University of British Columbia. 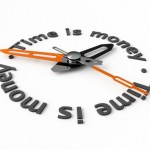 DON'T MISS
12 Empowering Truths I Learned From Losing 125 Pounds & Keeping It Off
Weight Loss Tips for Women: 5 Solutions to Staying Slim
2 Easy Ways To Overcoming Weight Loss Plateau
Get Your Best Summer Body Ever: Six Cardio Moves
Weight Loss Is All In Your Mind!
7 Steps To Lose Weight Minus The Stress
What Everyone Should Know About How To Lose Weight
The Fat Smash Diet Plan Will Smash Down The Pounds
Close Kept Secrets To Weight Loss Lesson 10
9 Things A Beginner Needs To Know Before Quitting On Fitness

Is There Truth to the Calcium Myth?