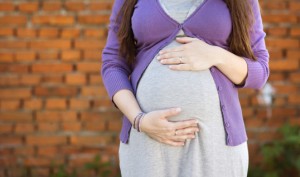 A new discovery has revealed that there could be a link between hypothyroidism during pregnancy and the risk of schizophrenia in offspring.

According to a study conducted by experts at Columbia University Medical Center, The New York State Psychiatric Institute, and Columbia University’s Mailman School of Public Health, low levels of thyroxine (hormone secreted by the thyroid gland) in pregnant women – commonly called hypothroxinemia – are linked to abnormalities in cognitive development that mimic schizophrenia.

Schizophrenia is a long-term mental disorder that breaks down thought, emotion, and behavior, leading to inappropriate perceptions, actions, and feelings. People who suffer from schizophrenia can be delusional and are likely to withdraw from personal relationships.

Hypothyroidism, where the thyroid gland doesn’t produce enough of the thyroid hormone, is a common problem, especially for women of childbearing age.

The authors say this number is high enough to suggest hypothyroidism during pregnancy can mean increased schizophrenia risk. The team reported that the association between maternal thyroid deficiency and schizophrenia still existed after adjusting for factors such as smoking and maternal psychiatric history, which are variables that can be related to the cognitive disorder.

This latest study adds to a growing body of evidence that seems to point to maternal factors as contributors to the risk of schizophrenia. The authors do admit that firm conclusions can only be drawn after independent studies are repeated. It is worth noting that past animal studies have supported the idea that maternal thyroid deficiency can influence the risk of schizophrenia in offspring.

Neurologists and psychologists are eager to learn more about schizophrenia. Over the years, there have been many misconceptions about this mental disorder, including that sufferers have “multiple personalities”. Officials at the Mayo Clinic say the confusion comes from the very word schizophrenia, which means “split mind”. It actually refers to the disruption of thinking and emotions in a person who suffers from this cognitive condition. What they already know about the cause is vague. They believe it is a combination of genetics and environment, but there’s still so much more to learn about the disorder for proper treatment and prevention.

Symptoms and causes of thyroid disease in pregnancy

The thyroid, a gland located in the front of the neck, releases hormones that regulates metabolism, the heart and nervous system, as well as body temperature. If a woman has pre-existing hypothyroidism, she will likely require more medical assistance to deal with the condition during pregnancy.

Here are some of the symptoms of hypothyroidism:

While research is ongoing, it is believed that the most common cause of hypothyroidism is an autoimmune disorder called Hashimoto’s thyroiditis. In people with this disorder, the body attacks the thyroid gland cells, thus leaving the thyroid without enough enzymes to produce the sufficient amount of the thyroid hormone.

Women who are pregnant can also get hyperthyroidism, which is the condition of an overactive thyroid gland. This leads to rapid heartbeat and an increased metabolism rate, which can result in weight loss.

Both hyperthyroidism and hypothyroidism in pregnancy are diagnosed through a physical exam, an evaluation of symptoms, and blood tests. When it comes to treatment, there are medications that can be taken during pregnancy. It is important to remember that if you are already suffering from a thyroid condition, taking medications, and then plan on getting pregnant, it is best to have a discussion with your doctor. The medications you are currently taking for your condition could be harmful to an unborn child and may have to be adjusted, at least for the duration of your pregnancy. Some thyroid medications also block the absorption of prenatal vitamins that are important to your health and the health of your baby, so guidance from a physician is important.

Hypothyroidism vs. PCOS, differences in symptoms, causes, and treatment

Hypothyroidism, also referred to as underactive thyroid, has been linked to PCOS, or polycystic ovary syndrome. While many studies show that these two conditions share some of the same symptoms, most experts still say that they are separate health issues. Continue reading…

Hypothyroidism in women is a common condition in which the thyroid gland underproduces necessary thyroid hormones that help the body function. The thyroid is responsible for many functions, including metabolism and hair growth. Many hypothyroidism patients gain weight, for example, because their metabolism slows down. Continue reading…

DON'T MISS
Simple Tips And Tricks To Lose Weight Fast
The Major Problems With Weight Gain Pills
Is Your Energy Balance in Check?
Have Your Pizza and Eat it: How to Make Your Pizza Diet Friendly
Is Gastric Bypass Right For You
9 Things You Need To Know Today (November 10)
The 50 Million Pound Challenge To Lose Weight
4 Surefire Ways NOT To Lose Weight At Your Health Club
Metal Working - Procedures When Working With Metal
EMS Fitness Belt

How to Lose Weight This Summer

Is Biking an Effective Method of Weight Loss?