Why the air you breathe could be hurting your liver 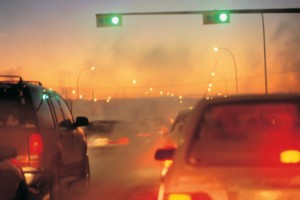 It’s hard to pinpoint when our liver is sick, which is why it’s so important to always pay attention to your body and recognize the signs. Symptoms of an unwell liver include loss of appetite, weight loss, yellowing of the skin and bruising, just to name a few. Because many of the symptoms associated with a sick liver can be confused with other ailments, it’s often overlooked as the root cause.

It’s important to note that non-alcoholic fatty liver disease (NAFLD) is on the rise. This means people are developing sick livers without even consuming excess amounts of alcohol.

There are many contributing factors that can lead to an unhealthy liver, such as sugar consumption, being overweight and alcohol consumption, but the latest research suggests the very air we breathe could also be poisoning our livers. 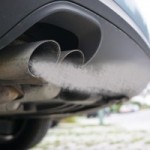 The findings were published in the Journal of Hepatology, where researchers uncovered that air pollution contributes to fibrosis – scarring of the liver – which leads to liver disease. The researchers, from Wayne State University, experimented with high-concentration airborne particle matter known as PM2.5 in order to determine the association between air pollution and liver disease.

Previous research on PM2.5 revealed that it was linked with metabolic disease, liver cancer and fibrosis.

Numerous studies have focused on air pollution and lung health, but researchers have theorized that it could be detrimental to the liver as well. The liver can become affected by air pollution because it is the body’s detoxification center.

PM2.5 is a mixture of diesel and gasoline from engines, road dust, tires and brakes. PM2.5 is the most abundant form of air pollution in urban areas.

The research was conducted in Detroit, which is ranked as the city with the highest readings of PM2.5.


Animal models were exposed to PM2.5 in real life scenarios over the course of 10 weeks. The researchers found the animals developed fibrosis, and the stress response triggered by PM2.5 caused inflammation.

Research lead, Kezhong Zhang, Ph.D., said, “Our work has a major impact on medical care and health policymaking for the populations under air pollution environment. Liver fibrosis is an advanced stage of chronic liver injuries caused by chronic hepatitis viral infection, obesity, alcoholism, or autoimmune diseases. Our work defined that air pollution, specifically PM2.5 pollutant, is an independent risk factor of liver fibrosis. This is very significant in terms of identifying new health risk factors and understanding liver diseases. The molecular and cellular mechanisms we revealed in this work have very important implications in clinical disease diagnosis and treatment associated with air pollution.”

The researcher’s advice is for those who endure daily traffic to pay close attention to liver biomarkers and enzymes, which could indicate liver disease.

DON'T MISS
Gastric bypass surgery: Who is it for?
How Paul Lost 40 Pounds: An Interview
Four Diet Tips for Your Best Summer Body Ever
Were Too Fat
A New Year, A New And Leaner You!
The Best Weight loss Diets; The Top Three Secrets
Exercising On A Minimal Budget
Cooking Using Oils: How To Be A Health-Conscious Cook
Are Your Bad Habits Making Your Kids Fat or Fit?
Lose Weight via Master Your Metabolism Book

10 Rules I Live By When It Comes To Eating Fat