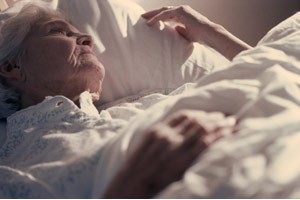 It seems like there’s not enough time in a day to get everything we need to do, done. So instead of putting tasks off until tomorrow, we stay up later impeding on our sleep time. It may not seem like a big deal now to skimp out on some shut-eye, but over time, you’re actually impacting not only your weight, but your metabolism as well.

In fact, losing just half an hour of sleep daily is enough to start affecting your body, and increase your chances of developing diabetes. That’s according to new research presented at the annual meeting of the Endocrine Society in San Diego.

Looking at sleep, obesity and diabetes

The study, conducted by Doha, Qatar’s Weill Cornell Medical College, looked at 522 patients. Of those, some previously had been diagnosed with type 2 diabetes. At the very beginning, participants’ height, weight and waist circumference were measured and samples of their blood were examined for insulin sensitivity.

They were then required to keep sleep diaries, from which their weekday “sleep debt” was calculated. Those who had a weekday sleep debt were found to be 72 percent more likely to be obese, compared with participants who had no weekday sleep debt. After six months, the link between weekday sleep debt and obesity and insulin resistance was even more apparent to researchers.

The study follows research by the University of Chicago, published in the journal Diabetologia, which looked at the association between sleep loss and diabetes. Chicago researchers learned that after just three nights of getting only four hours of sleep, blood levels of fatty acids stayed elevated instead of peaking and receding overnight as they should. That reduced the ability of insulin to regulate blood sugars, which is characteristic of diabetes, according to researchers.

Furthermore, last December, a study published in The Journal of Pediatrics proved that a chronic lack of sleep and sleep-related breathing problems both double the risk of a child being obese before the age of 15. The same can bring about diabetes, too. Childhood obesity is now at about 17 percent in the United States. So it may be important for parents and physicians to spot sleep problems early. That way, corrective action can be taken, and obesity and diabetes can be prevented altogether.

But while previous studies showed that short sleep duration is behind obesity and diabetes, the Weill Cornell Medical College revealed that as little as 30 minutes of sleep debt each day can significantly increase the likelihood of obesity and insulin resistance –and diabetes as a result.


Lack of sleep is more common than you think

Sleep loss is commonplace in today’s society. But the metabolic consequences have only been noticed this past decade. People often accumulate sleep debt during weekdays because of social and work commitments, among other things.

The future of sleep and diabetes

In the coming years, interventions specifically designed to fight metabolic disease will have to take into account sleep and other factors affecting metabolic function. As such, sleep hygiene and education will play an important part in future trials. That’s because people often miss out on sleep during the week and try to catch up on weekends.

So if you’re one of those who is sleep-deprived, remember to take all of the precautions you need to get a little more shut-eye. Sleep tight! 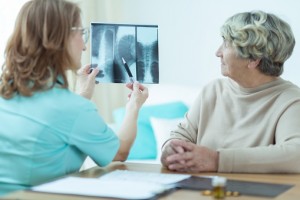 DON'T MISS
How Lose Pounds Quickly ?- That Is The Question!
Ingredients Of Atkins Diet
Learn How To Reduce Body Fat
Nutritionists Reveal The Biggest Weight Loss Mistakes You May Be Making
9 Inflammation-Fighting Vitamins & Minerals (And Where You Can Get Em)
Detox Your Body, Detox Your Life
Burn the Fat feed the muscle rip-off review
Know Thy Enemy...
How To Get The Best Results From Your Workout Regime? 3 Options Explored & Two Steps To A Perfect Wo
Post pregnancy fat loss tips for moms

Losing Weight In 2016, But Where Do You Begin

Weight Loss Made Simple: Slim Down Quickly And Easily