The Truth about Genetics and Weight Loss

The Truth about Genetics and Weight Loss 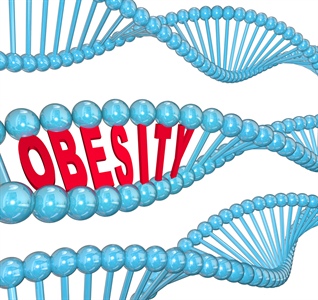 Tall and short, dark and light, freckled and tanned, we come in myriad packages with myriad features, most of them determined by our genetics before we ever draw breath. Very few of these traits can we control, and we just have to play the hand we're dealt.

But when people are earnestly trying to lose weight and failing again and again, many ultimately get the sneaking suspicion that they really are playing against a stacked deck. They may be right.

If you're one of those who subscribes to the notion that America's growing weight problem is solely a failure of personal restraint or will, it's time to reconsider. Solid research is helping us understand just how truly stacked that deck is, because in addition to anything else, for some people who struggle with their weight, it seems that any given exercise effort will yield far less result than it offers anyone else-because of what's already coded on their DNA.

When it comes to weight management, genetic factors get blamed for a lot of body issues where they may or may not have a role: "She's just big-boned." "He just carries his cargo up front." "The whole family is built that way." You've heard them all, and they might have sounded more like excuses than explanations.

But think about the genetically based elements that we already know are out of our control: People certainly do have different body types, with some of us thicker or thinner than others, and shorter or taller.

Then there's the particular predisposition for distribution, for having our weight in certain places on our bodies, which could be the old apple/pear body-type contrast, or a tendency to carry fat on the arms.

Add to those a predisposition for building muscle easily or not. And if you want to be very specific, throw in that natural love or dislike of athletic pursuits that would certainly come into play with exercise.

From just those few features, you can see how someone with a unfavorable combination of genetic factors is going to be at a disadvantage compared to someone with a better "stack" of factors.

And now there's this: researchers have identified specific combinations of genes that appear to correlate very strongly with fat retention independent of, even in spite of, exercise.

In a very closely controlled, year-long study with post-menopausal women-chosen as subjects because they are more stable, hormonally speaking-researchers divided the participants into an exercise intervention group and a control group.

All the subjects were carefully selected for specific features of their health and lifestyle. Various lab tests were taken, including certain genetic tests. The subjects were all instructed not to change their dietary habits. The control group was assigned a moderate stretching regimen to use over the course of the study, and the intervention group was given a moderate intensity, 45-minute workout for five days a week, initially with supervision. There was detailed tracking, because the researchers were especially interested in identifying distinctions between genetic and environmental factors.

At the end of the study period, the researchers found a distinct variability in the amount of fat lost by some exercisers that could not be explained by their adherence levels.

So the researchers looked to to the genetic data, and indeed, there were two specific genes that stood out related to patterns of fat loss and exercise. Participants with certain combinations of those genes and their variants had significantly different fat loss outcomes.

The complex science at this level can be pretty confusing. Genes are named with different alpha-numeric codes and so are their variant alleles. If you're not careful, you can end up in some real alphabet soup just trying to talk about it, but basically two genes are involved here, the CYP19 and the COMT.

They found that having one CYP19 gene and its variants was not consistently associated with percentage fat, total fat, subcutaneous fat or intra-abdominal fat, that dangerous excess that gathers around our vital organs. But having two such genes correlated to a slightly larger decrease in body mass index, and a significantly larger decrease in total fat and percentage of body fat.

And having a particular genotype of the COMT gene, together with at least one copy of the CYP19 gene, also related to a significantly larger decrease in BMI, total fat and percentage of body fat. There were corresponding intermediate combinations and results that bore out the relationships.

Why and how these genes affect the fat/exercise relationship isn't yet understood, but now that these have been identified as significant, they are the subject of much new, focused study. Other research has since showed that women with that specific CYP19 variant have higher concentrations of the hormones estrone and estradiol, which may make them more resistant to fat loss through exercise.

Obviously, everyone can't go for genetic testing before embarking on a weight loss effort. And where the rubber meets the road, it may not even matter what specific genetic makeup you have that could be adding to your difficulty.

The important thing is that this research shows -once again- that the calories-in, calories-out explanations about body weight are just too simplistic and don't account for many very real variables that have nothing to do with will or self-restraint. Many people have always known this at gut level, but it's good to see the science bear that out.

That said, people shouldn't assume that they're genetically precluded from ever being thin and healthy. Remember that natural love of athletic activity we mentioned? You might not be born with it, but you can learn new behaviors and adapt.

Nowadays, we have all sorts of ways to overcome our genetics. We take medications, we dye our hair, we even wear colored contact lenses! The exercise plan that got your sister so svelte may not work for you, but something will.

So if you're one of those with the bad hand, don't give up! A dietary and weight management program could be tailored to address your very specific needs in order to get and keep your weight in check. Because getting dealt a bad hand doesn't doom you to losing the game-it just means you need a different strategy for winning it.

Thick & Thin:
If you've earnestly tried to drop weight, and your results just don't ever seem to stack up very well next to your pals', that can be very discouraging. But it may be that you're subject to certain resistant genetic factors. Sometimes, simply understanding the cards they're holding can alleviate a lot of the frustration for people by enabling them to set more reasonable expectations, and helping them take a fresh start at getting healthy. 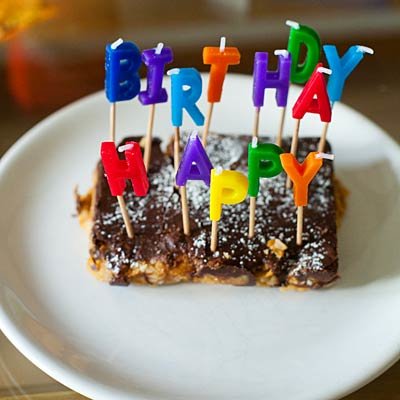 DON'T MISS
What are the symptoms of Mesothelioma?
Did Anna Nicole Smith Really Lose It ALL With Trimspa
Biggest Lies about Weight Loss
Weight Loss and Fitness for Women
8 Healthy Weight Loss Tips That Work
How To Use Touch Remedies To Detox & Relieve Stress
How To Get Rid Of Lower Belly Fat: Five Ideas To Reduce Abdominal Fat!
Top 10 Tips for Weight Loss from a Psychotherapist
Breakfast Recipes For Weight Loss
Principles Of Fat Burning - You Have To Heal Your Glands And Hormones In Order To Burn Fat

7 Foods That Actually Make You Hungrier

5 Fun Ways To Motivate Yourself To Move Your Bod