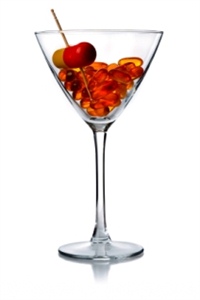 If only we could just not want to eat. Wouldn’t that make staying healthy so much easier? We’d eat what we needed because it was the right thing to do for our health–like brushing our teeth–not because it was such a rewarding source of pleasure.

No such luck. We love food. We’re hard-wired to want it. That’s part of what assures survival of the species, and we further cultivate our appetites for it by associating food with every other kind of satisfying joy from birth onward--maternal comfort, familial stability, social interaction, celebration, etc.

But enjoying food for more than physical sustenance is part of the reason we have an obesity crisis.

So appetite suppressants are the most widely used of the medicines and supplements for weight-loss therapy. The logic is simple—if you have no appetite, you’ll eat less and you’ll lose weight.

Having no appetite could be a powerful defense against the world of “eat-more, eat-now” messages that constantly bombard Americans, stimulating our appetites by any means available. A person who is suddenly finding it easier to pass on the junk and the massive servings can exercise a lot more control over the quantity and quality of their intake. And that’s just the boost some people need to make a routine of healthy dietary changes, and that boost can sometimes come from a medication.

Some appetite suppressants are addictive, and their effect tends to wear off if used over an extended time, such that people need to take larger doses to produce the same result, which in turn increases the risk of addiction, which in turn increases other risks. Among prescription appetite suppressants, most people remember the Fen-Phen debacle. The combination of phentermine and fenfluramine or dexfenfluramine were prescribed for thousands of people with weight problems in the mid-1990s.

Fen-Phen was hailed as the new magic bullet, and there was tremendous excitement about it, as early trials showed promising results. People also had a sense of confidence about its safety and efficacy, because it had been through the rigors of FDA testing.

Phentermine is an andrenergic, which means it is activated by the body’s natural epinephrine (adrenaline) supply or another epinephrine-like substance. Like an amphetamine, it acts to stimulate metabolism and suppress the appetite.

Fenfluramine and dexfenfluramine also increased serotonin levels in the brain and enhanced the appetite suppression effects of phentermine while alleviating some of its unpleasant stimulant effects.

Fen-Phen was indeed effective in helping people lose weight, but it also turned out to be associated with numerous cases of valvular heart damage. Some people died, others were hospitalized. Even though the combination drug was subjected to extensive testing, this was a side effect that researchers hadn’t discovered before it was released to the public and subject to broader use.

In 1997, fenfluramine and dexfenfluramine were withdrawn from the U.S. market, to much objection and outcry from patients—presumably those without heart damage—who were successfully losing weight with the help of Fen-Phen. Only phentermine remains available.

DON'T MISS
Is Phen375 The Best Type Of Fat Loss Pills?
The Atkins Diet Summarized
Best Instructions to Lose Weight
Lose Belly Fat To Look Better And Live Longer
Lose Weight Today
Hoodia Cactus
Get To Know About Free Weight Loss Plans
3 Dynamite Healthy Fast Food Tips For A Sensational Slim Down In No Time
Nutrigenomics- how to find a practitioner to work with
Two Reasons to Squash That Middle-Age Spread

6 Fitness Rules Meant to be Broken

How to Lose Weight in Your Face in a Week

Weight Loss Tips That Can Help You Lose Weight!

Iron-rich foods for your daily diet