Weight Loss: It's Not Always What You Eat, But What You Don't Eat (Part 1)

On a little island half way in between Guam and the Philippines there is a rampant epidemic affecting the inhabitants. This tiny island of approximately 8,200 people is not afflicted with famine or a deadly disease as you might think when talking about an epidemic... the islanders are dying at much earlier ages that at any other time in their history. They have alarmingly high rates of heart disease, type 2 diabetes and obesity. Why?

Well, the people on this island used to make their living by farming, growing bananas and coconut and lots of fishing. They used to walk everywhere, eat fresh fruits and vegetables and had lots of daily activity.

Now, with the introduction of "western culture" and the destruction of their normal behavior, the islanders now drive to their computer jobs in mostly cramped offices and
eat a diet of highly processed "prepared" foods imported from the United States, Australia and New Zealand.

As you can see, exporting the "American diet" of quick and easy processed food and lack of activity has taken a healthy and active island population, and turned it into a mini version of America, along with the associated rates of obesity and disease.

It's What You Don't Eat

You see, when losing weight, we're not only talking about weight loss, we're also talking about better health. It's hard to lose weight without taking steps to increase your healthy habits... right?

One of the most important and effective ways to lose weight and get healthier is to avoid two groups of foods.

The first group of foods to avoid are those that contain "Trans Fats".

Also know as TFA's or Trans Fatty Acids, they are found in partially hydrogenated oils... manufactured and unhealthy fats. They are a silent killer hidden in our food, and have been directly linked to the skyrocketing rates of obesity in both adults and children worldwide.

The Center for Science in the Public Interest reports that banning trans fats from all foods would save at least 30,000 lives each year in the US alone. That's 82-274 needless deaths every day. The web site www.bantransfats.com shows an alarmingly clear statistical increase in obesity over the last 20 years as trans fats have become a
growing part of our American diet. 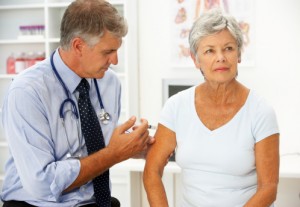