High risk overweight adolescents, ages 10-15, can lose weight while substituting an ounce of peanuts or peanut butter for other less healthy snack choices.

The study, "Weight Loss in Overweight Mexican American Children: A Randomized Controlled Trial" describes the "Family Lifestyle and Overweight" (FLOW) Prevention Program, which is in a school setting. It is being conducted by Baylor College of Medicine and the United States Department of Agriculture- Agricultural Research Service (USDA/ARS) Children's Nutrition Research Center in Houston, Texas.

The study found that children often skipped school meals, only eating the low nutrient, high calorie, afternoon snacks often provided at the school. "We know that afternoon is one of the most vulnerable periods for weight management. To address this issue, we provided peanuts or peanut butter with a fruit or vegetable as a healthy, nutrient dense alternative", said Dr. John Foreyt, Director of the Behavioral Research Center at Baylor College of Medicine and principal investigator of the study.

This study is highly significant because it is one of the first to show that the highest risk minority group, Mexican-Americans, can successfully lose weight and improve blood lipids in a school-based intensive intervention program. This is an important feat considering 37 percent of Mexican-American children in the US are overweight and obese, which is even higher than the 34 percent of overweight children in the general population.

FLOW participants lost statistically significant amounts of weight at 3 months and were able to keep it off through 6 months, which is not often seen in weight loss programs. The intervention group also significantly reduced total and 'bad' LDL cholesterol levels at 6 months compared to the control group adolescents.

The FLOW program is addressing overall lifestyle by focusing on intervention sessions contained in three components: 1) nutrition education and behavior modification, 2) physical activity, and 3) food intervention during snack time in class. The adolescents participate in instructor led nutrition lessons in which worksheets are provided once a week for 12 weeks to help the kids set goals and understand how to establish regular eating times, select appropriate portions sizes, and choose nutrient-rich foods and snacks in place of foods with minimal nutritional quality. The kids also exercise 4 times per week via circuit training.

According to the paper, all of the children at the school received a snack during the school period when the food intervention was held, "although the intensive intervention children received peanuts/peanut butter with a fruit or vegetable to enhance satiety and to provide an opportunity for fruit/vegetable consumption." Traditional snacks, such as chips and snack cakes, were replaced in this group. Monthly parent meetings were also offered to build support with parents and families. 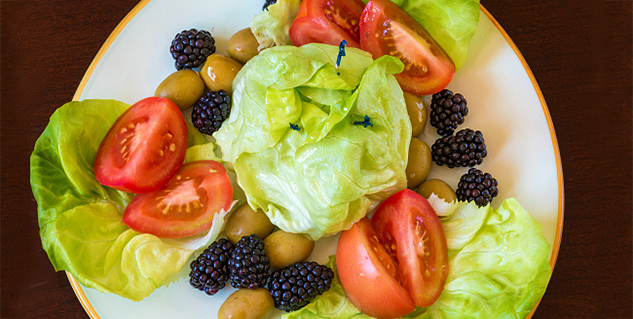 DON'T MISS
Diet Hack: The Simple Diet Plan Proven As Effective As Fasting!
BodyRock Sweatography – WOW!
The Fat Loss Businesses Big Fat Secrets!
Points To Consider When Choosing A Fitness Boot Camp
Slim Down With The #1 Best Way to Lose Weight Fast and That Extra Fat Too
Kettlebell Exercises: More Significant Next to the Power of the Force?
You Weigh How Much?
Quick Weight-Loss Solutions
The Exact Reason Why Cardio is Essential: The Starvation Response
Burn More Calories in Less Time

7 Downsides To My 125-Pound Weight Loss

40% Of The World Is Now Overweight

Is Bottled Water Making You Fat?

Make your bones stronger with this…