The Exact Reason Why Cardio Is Essential Avoiding The Starvation Response

Cardio, Calories, and the Starvation Response

Most of the time, when someone decides that they want to lose fat, they inevitably head for the nearest fad diet. However, 95% (closer to 100%) of the time, these fad diets fail. The reason they fail is because exercise is rarely incorporated into the program. In order to lose fat, there must be a deficit of calories in the diet. In other words, your body must use more calories than you eat in order to use its fat stores for energy. This seems simple enough; however, it becomes a bit more complicated. There are two ways a calorie deficit can be accomplished. The first one is to eat fewer calories. The second one is to use more calories (exercise). The best way to accomplish fat loss without hitting a plateau and failing is a combination of both. You must eat less calories and burn more calories. If you try to accomplish a calorie deficit only by eating less calories, then you're body thinks it's starving, and will go into a "starvation mode" where it lowers its metabolism in order to prepare for a period of little food (this is more than likely a protective response from years ago when food actually did become scarce, unlike today). Another reason that the metabolism is lowered is because when there is a period of little food, your body tries its best to protect the brain. The brain always requires glucose (carbohydrates that are in the body) to run; however, glucose can not be stored in the body. Therefore, the only way for the body to get glucose is to eat its own muscle (muscle can be converted to glucose) - which lowers your metabolism and causes the starvation response. So, the body accomplishes two things by eating its own muscle: it provides glucose for the brain and causes your body to require less food, since less muscle equals a lower metabolism. When the starvation response is elicited, you smack into the fat loss plateau and the fad diet fails.

When you incorporate exercise into your routine, your body feels more comfortable with not lowering your metabolism. If you are exercising frequently, then your body thinks, "I'm actually doing something, so there is probably an abundance of food now, and I shouldn't worry too much." Therefore, the starvation response is mostly avoided. Two important forms of exercise to produce this affect are weight training and aerobic exercise (cardio). However, this article is mostly about cardio.

The goal of cardio is to burn calories while avoiding the starvation response. Many times when you mention "exercise" or "cardio", people immediately get negative thoughts in their head about the extreme difficulty of doing such exercise, but these thoughts are misguided. Cardio gets easier as your body adapts, is very rewarding, and can even be fun.

As you do cardio more and more, you body begins to adapt and become better at performing the same work, but with less perceived effort. The body becomes able to move nutrients and oxygen around faster because you build new capillaries, the cells produce more mitochondria (the powerhouse of the cell), your heart becomes more powerful, your body produces more blood, and a host of other adaptations that would cover a whole textbook. The main thing to note here is that you still burn the same amount of calories, even after your body adapts and cardio becomes easier. However, with your new, more adapted body, you will be able to accomplish exercise that burns even more calories resulting in even more fat loss. For instance, in order to burn 300 calories, you would have to walk for about 1 hour and 45 minutes. In contrast, jogging for about 25-30 minutes (the amount of time will vary depending upon your speed) will burn 300 calories. Obviously, the last one is more practical unless you just have a huge amount of time on your hands. Walking also doesn't elicit the endorphin high that running/jogging does either (discussed later).

When you begin a cardio program, your first goal should probably be to adapt to the point where you can burn a sufficient amount of calories. This involves the overload principle. The overload principle is simple: in order to initiate adaptations within your body you must exercise with either a greater intensity, duration, or frequency. Depending upon the type you decide to overload (intensity, duration, or frequency), you will adapt to that type. For instance, if you want to run faster in the same amount of distance, you should run faster, and your body will adapt to that. If you want to run farther, you should run farther, and your body will adapt to that. There is a high degree of specificy that goals along with this principle, but that is the topic for another article. Pretty much, the overload principle reveals that doing the same routine every time without trying to push yourself harder will result in no adaptations. For instance, if you do the same aerobics tape everyday, then your body will never adapt any further - since there is no need for it to. However, if you were to get a more advanced tape and do it, this would initiate an adaptation in your body, but then you would have to find an even harder tape to initiate any further adaptations. Keep in mind though, if you decide to stay at the same level of fitness and do the same routine, then you will still burn the same amount of calories, and if your goal is just fat loss this may be a potential option for you.

If you haven't done any cardio for a while, you should obviously start out small. Start out with just a brisk walk, then intermittent jogs while you are jogging, then finally, you will be able to jog the whole time, and then increase your times/speed to the point where you are happy. The hardest part is really just to start doing something. Once you get your momentum going by exercising for the first time, even if you have to start out small, you have already accomplished the hardest part.

Your Body's Reward to You: An Endorphin High

In addition to burning off unwanted fat, doing cardio gives you something called an "endorphin high". This all natural high induces a feeling of well-being, relaxation, improvement in mood, and increase in your ability to think more clearly. It's theorized that this is the reason why many long distance runners are "addicted" to running - they love the high they get afterwards! Once you've experienced one of these, you're even more likely to continue your regime and therefore continue to burn off fat.

Cardio in the Morning?

Although calories are the most important thing when considering fat loss; you must also realize that not all calories are created equal. When you wake up in the morning, you body is low on something called glycogen. Glycogen is essentially another word for stored carbohydrates in the body. When exercising, glycogen is a more preferred fuel source to the body in comparison to fat. Your body always uses a mixture of glycogen and fat to run, but the ratio is many times dependant upon the availability of these fuel sources. So, when your body is low on glycogen in the morning, it is forced to burn fat at a higher ratio than if you had just eaten. Therefore, doing cardio in a fasted state will burn more fat than doing it in a non-fasted state. In one study, the researchers concluded that this method can burn 17% more fat in comparison to if you had just eaten (1). Another study agrees with this by stating, "our results support the hypothesis that endurance training enhances lipid oxidation (lipid oxidation means the burning of fat) in men after a 12-h fast at low relative exercise intensities" (2). If you decide to perform cardio in the morning, remember to drink lots of water before-hand (you'll be dehydrated after waking up), and if you want the extra fat burning response, you'll have to avoid breakfast until after you're done.

Another reason to exercise in the morning is due to the fact that it will allow you to be in a better mood and to think more clearly for the rest of the day due to the endorphin high. You are also probably more likely to perform cardio in the morning in comparison to the afternoon when you could just blow it off because you are "too tired".

Make Sure You're Hydrated

Before starting on your new cardio regime, make sure you are properly hydrated. Water increases your capacity to think and exercise more efficiently. Water is required for nearly every reaction inside of your body. Most people walk around in a state of semi-dehydration. Exercising can cause you to get dizzy and pass-out (this author has experienced this), suffer a heat injury, or in severe cases, cause death. Ever had that thick, cotton-like feeling in your mouth while exercising? Cotton-mouth is an obvious sign that you are dehydrated; if you ever get cotton-mouth while performing aerobic exercise, please realize that you could be performing much better and reducing your risk of experiencing dehydration's nasty side effects if you only had drank more water beforehand. It is best to drink water throughout the day rather than only around the time you exercise.

One sure fire way to get you pumped up and associate cardio with something positive is to listen to some music before and while doing it. You'll be surprised at how much better you perform and how much more fun cardio seems.

As stated before, the hardest part about a cardio regime is starting. Remember to incorporate the overload principle when trying to cause an adaptative response, to stay hydrated, and to listen to music while performing your cardio regime. Also, you may even decide that you want to perform your cardio in the morning to feel good and be able to think more clearly for the rest of the day and to burn even more fat. Once you get passed that point and experience some of cardio's effects such as fat loss without hitting a plateau, a feeling of accomplishment, and that awesome endorphin high, you'll become addicted. However, no exercise routine is complete without the proper support from an intelligent nutritional program; for more information on this, click this link about weight loss.

1. Brehm, B.A., and Gutin, B. Recovery energy expenditure for steady state exercise in runners and non-exercisers. Medicine and Science in Sports and Exercise. (1986) 18: 205. 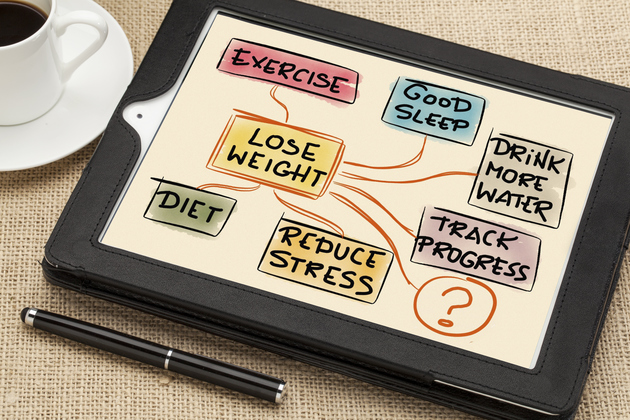 How to Burn Off 24 Holiday Foods