Saint Valentine Never Had It So Good

There are several theories on the origins of Valentine's Day. Some believe it originated on February 14, 269 A.D., when Saint Valentine was martyred for refusing to give up Christianity. Others subscribe to the story of Saint Valentine, a priest imprisoned for defying the Emperor Claudius. And some of us don't really care how it started (have you heard of Romance Grinches?).

Early records report that in 496 A.D. Pope Gelasius honored St. Valentine by declaring February 14 in his name. Whatever the true story, the fact remains that at some point St. Valentine became the patron saint of lovers. Valentine's Day has since evolved into a day to celebrate love and romance, to shower one's object of affection with rich, lavish, luxurious gifts, glittery trinkets, shiny baubles, precious gee-gaws and love's liquor? chocolate.

It may not be a coincidence that the icon of the modern Valentine's Day is a chubby little cherub slinging golden arrows hither and yon. The arrows aptly symbolize the dollars we send flying at our heart's desire- often unwisely or too extravagantly. And the chubby little guy? You've probably guessed the connection there--sugar-laden chocolate!

What would Valentine's Day be like if it had been started by low carbers? For one thing, that cute little cherub would be a svelte little fellow with abundant energy, probably with his own Web site, message boards, chat rooms and LC Cupid franchises, spreading the good word of sugar-free chocolate and low-carb delights world-wide. Instead of shooting arrows, he might toss bouquets of water bottles and flavored pork rinds. His slogan could be, ?Share your healthy heart with the one you love.? Greeting cards would have a pro-health focus: ?Be my low- carb valentine?; ?Splenda sweets for my sweet?; ?I crave your love instead of pasta.?

With every new love affair there would be two low carbers living the life together, listening to love songs with titles like, Low-Carb Cupid, and The One I Love Belongs to the Atkin's Center. Restaurants would serve ?high-carb? meals by special request only. White flour and refined sugar would be difficult to find and only available on a few Web sites and occasionally on eBay.

Bread would only be two net carbs per slice and the national lunch snack would be sugar-free chocolate and natural peanut butter. Presidential candidates would run on a platform of 'the low glycemic school lunch.? Political slogans would shout, ?no more sugar, no more flour!? Rallies would chant, ?Carb Low or We Won't Go!? The tabloids would cover stories such as, ?Gwyneth Zellwager feeds protein bars and Atkins Crunchers to the homeless,? and ?Somersize this Summer with Suzanne and all of Southern California.? Dan Rather would interview high-carb traffickers and low-fat diet gurus from their jail cells. Romance would mean revived health, renewed energy?and weight loss.

A low-carb Valentine's Day just might be good enough to turn Romance Grinches into LC Lovers. Now, if you will excuse me, I have some low- carb shopping to do? 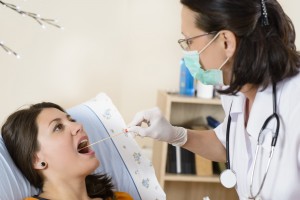 DON'T MISS
This Is The Amount Of Weight You Should REALLY Gain When Youre Pregnant
Weight Loss Surgery
Your Healthy Body Mass Index
Weight Loss Success Story: I Finally Put Myself First
Several ways to find out what’s the perfect weight losing diet strategy
How To Find Healthy Weight Loss Programs?
Discover The Truth Of The South Beach Diet
Liquid Calories Count!
How To Get Taller In The Shortest Period Of Time!
Ultrametabolism Makes Losing Weight Easy

The Surprising Thing That The Worlds Heaviest Countries Have In Common

How I Learned To Love My Muffin Top