Eating the right foods is integral to losing fat, but many overlook the reality that what you drink plays an important role as well. We all have preferences when it comes to drinks. Some prefer alcohol, some detest water, and some believe that the only thing that keeps them going is cup after cup of coffee. However, there are consequences, both good and bad, depending on what you typically drink. Let's start with the most important drink, water. As early as 2003, reports were beginning to surface about how water actually elevates the metabolic rate, therefore aiding in weight loss. This study conducted at Berlin's Franz-Volhard Clinical Research Center studied the caloric intake and energy expenditures of seven men and seven women who were not overweight. After the test subjects each drank a little over 2 glasses of water, their metabolic rates increased by as much as 30% for both men and women. The increases occurred within 10 minutes of ingestion and reached a maximum after about 30 to 40 minutes. Researchers found that if a person increases their water intake by 1.5 liters a day without altering anything else, they would still burn an extra 17,400 calories by the end of the year. That is unbelievable. Furthermore, it's also well known that water is satiating in that it helps curb hunger pangs, therefore preventing you from overeating. Obviously, water is vital for survival, but now we know that it helps to burn more calories giving us another reason as to why it's necessary for fat loss.

Another study came out in 2003 that may be difficult to imagine being true, but research has arrived at the conclusion that low-fat dairy products are a wonderful means in aiding with fat loss. According to the American Society for Nutritional Sciences Journal of Nutrition, women who consumed milk, yogurt, and cheese three to four times a day lost 70% more body fat than women who didn't eat dairy. Supposedly, the reason is that calcium actually helps to boost the metabolic rate. Oddly enough, other foods fortified with calcium won't have the same weight loss effect as the dairy products. Women reap the largest benefit when they consume three servings of dairy a day and 1,200 milligrams of calcium a day. So, make sure you pick up some milk, but keep it low in fat for the best results.

Lastly, I believe it goes without saying that alcohol needs to be used in moderation and, in my opinion, not at all if fat loss is truly your goal. First off, alcohol actually hinders the mobilization of fat and since the fat can't be utilized to produce energy, glucose (carbohydrates) is then used to provide energy for the body. In turn, the elevated glucose levels lead to a rush of insulin to the blood in order to cart away the glucose to the brain, muscles, and elsewhere. However, insulin doesn't know when to stop with the carting away of the glucose and ends up lowering your blood sugar in the process so that you feel sluggish and weak. Imagine yourself crashing after a sugar high. Consequently, the appetite is triggered and more, unnecessary calories are consumed. To make a long story short, alcohol completely disrupts your metabolism and can even noticeably slow it down up to nearly two days following the alcohol ingestion. Be smart about what you drink. If you choose right, you might just find a body under there that's worth keeping forever. 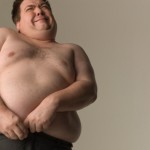 Checking in on Your February Health and Wellness