Weight Loss You Can Because You Can

Game Theory seems to find relevance even in an academically remote subject like weight loss, which is far removed from the logical nature of the strategically leaning science. It is true that the theory is practically applicable to the study of Economics, Defense Strategies, Artificial Intelligence, Philosophy and other realms of Science and Ethics. However, it rather came as a surprise when an aspect of the theory was utilized as a remedy for overweight by a professor of Economics at Yale, and surprise it did with the outcome of the application.

In a recent experiment broadcasted on ABC's primetime live Barry Nalebuff, Economics professor at Yale, confronted five overweight subjects to lose 15 pounds in their own ways, within a given timeframe or else face the shame and humiliation of their ?before-experiment? body in tiny swim suits going live on ABC primetime. Barry capitalized on a particular characteristic of Game Theory, ?immediate consequence is more threatening? to the tilt. It was a shocker of sorts when four subjects managed to fulfill the condition, even with the lone under par lady managing to shed 12 pounds.

Foreboding of shame did the trick, where everything else on earth from prescription pills to dietary supplements failed to perform. With the impending threat of going primetime live on a channel with sky high ratings, in a shape they would hate to see themselves, they went in for the kill. But what propelled them to turn the impossible into a possibility? All these ballgames are played out in the precinct of the mind. It is not the dramatis personae of external and alien entities playing a catalyzing role in their weight loss game; it is all about faith moving mountains.

We tend to forego the long-term implications of obesity, as the immediate and momentary niceties and concerns of life get an overwhelming top priority. There are no impending threats looming large round the corner that would require us to take a serious contemplation on weight loss. Immediate care and considerations for our health is a far cry, when the danger of obesity and overweight seems far off. There are no pressing threats that need an instant dose of remedy, so why care? Every obese person knows that obesity is neither a comfortable condition nor an enviable position to be in. But with the threats due to overweight a long way off and the other needs of the hour aplenty, where is the time for weight loss?

Only when the short-term as well as the long-term perils and hazards of obesity and overweight are infused in the minds of the obese and the overweight, would they start self introspection leading them to take up corrective and curative measures to stay fit. Well, one needs to remember that only the tough gets going when the going gets tough, so you better get going when the going is easy. Ask yourself the reasons to lose weight; you will surely get to know the ways to lose weight as time is still on your side. The ?why? and the ?how? of weight loss will make a sea of difference, only if you are determined.

The Yale professor has used Game Theory to capitalize on the element of fear in the subjects to draw out their inherent determination, creativity and capability to give a counterblow to obesity and overweight. What about combating obesity and overweight with no fear factor butting in? Without any premonition of ignominy and infamy acting as impetus for weight loss, you definitely can do it. Pool your innate resources together and trust your ability, remember, ?You can because you can?. 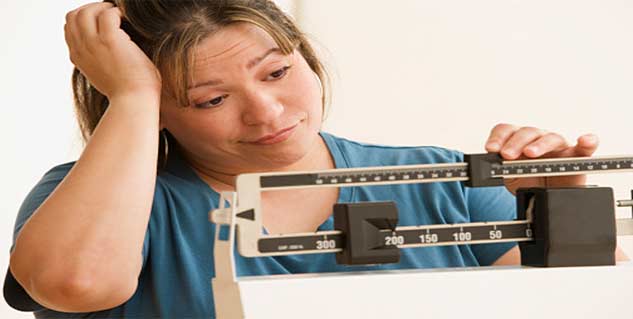 DON'T MISS
Weight Loss Made Easy For You - Get Slim Without Confusion
A Straightforward, Straightforward, and Fun way to Lose 1 lb/week
Tips to Live to 100 Years Old
Is There An Easy Way To Lose Weight?
Are vitamin B-12 injections helpful for weight loss?
Get a New Fit Body With the Fat Burning Furnace Program
Enlarged liver (hepatomegaly) from fatty liver disease or inflammation leads to swelling, fatigue, and weakness
An Alternative Energy Source - Wind Power
How Can Green Tea Benefit My Family?
Weight Loss - Getting The Habit

5 Ways Your Thinking Is Making You Fat

3 Diet Changes That Make All The Difference