The Weight Loss Program Which Is Fun To Implement

Now I am not sure about you, but I find it so hard to diet and to lose weight. The weight loss programs and diets that I have tried are just so boring. They are also very hard to implement as they are asking me to give up foods which I know that I will not be able to. What we need is a weight loss program which is actually fun to implement.

My name is Steve Hill. My own weight problems began when my parents decided to turn vegetarian. I was eleven years of age at the time and basically decided to give it a go as well. My mum cooked the meals you see.

This was twenty-one years ago, at this point there were not many different options of food for people who were vegetarians. I was not at all impressed with the food I was given and missed eating meat in a big way. I would normally be hungry after meals and would then start to eat snack type foods. I only gradually put on more weight and people did not really comment for a couple of years.

As soon as people did notice, it was like a vicious circle. They would taunt me at school, I would come home all depressed and would then comfort eat, to make myself feel better.

A few years ago I went about looking for ways to help me to lose weight. I tried many diets but without success. I have to say it was not that anything was wrong with the actual diet, it was that, that particular diet did not suit me.

I am the type of person who needs to enjoy something to keep my interest in it. This is why I found school a struggle. Well that is my excuse anyway.

The Fun Way To Lose Weight

On a Saturday night a few years ago, I went out for a few beers with a good friend of mine (Dave). We were having a good chat during which I told him about my mission to lose weight. I explained about how as yet, I had not found a suitable weight loss program.

Dave suggested that I should take up a sport, something competitive which I could get my teeth into. I thought about what he had said and agreed that this could be the way to go.

I asked him if he would like a game of tennis three or four times a week. Dave stated that this might be a bit much as he played six a side football twice a week.

He did not want to let me down however, and then asked if I would like to join his six a side team. I will give it a go, I replied.

I came home rather drunk, but also rather pleased with myself. I now had a weight loss plan which I was sure would work. There will be no quick fix, however this amount of exercise, over a sustained period of time, must have a positive affect on my weight, my fitness and my health.

With this program, I am also able to basically eat what I want, when I want.

It did take quite a while as I had predicted, to reach a weight I was happy with. This was not a problem however, as I was having fun on the way.

I continue to play not only tennis and football, but many sports. This is no longer to lose weight but because I enjoy it. 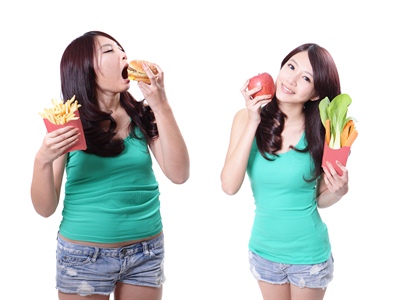 DON'T MISS
How To Burn Fat The Easy WayThe Only Way
Resolutions and Why They Fail
Are Women Attracted By Fat Men? Lose Weight Now
Maximize Your Zumba Workout Results: 5 Tips
Lose Weight By Eating Chocolate and Pizza: A How To Guide
How To Diet With Weight Loss Plan
When Weight Loss Surgery is Warranted - Bariatric Surgery Pros and Cons
Does Oxygen Therapy Help With Weight Loss?
Drinking Green Tea May Help You Lose Weight
3 Keys To A Flatter Belly