The Dangers Of Liposuction

One Reality TV show, The Swan, thrives on makeovers. Often viewed as tantamount to having a new life, a lot of people get giddy with the thought of undergoing a makeover. Imagine being surrounded by aesthetics professionals brainstorming on how to make a deity out of an ugly duckling. Simply incredible, isn't it?

High on the mirage of the promise of exquisiteness lingers on mind. It's not until the prick of the needle for shots of anesthesia brings you back to your senses.

Elusive beauty is the major objective of each makeover. With this goal in mind, technology gave birth to a way of achieving what's thought of as currently beautiful in the form of plastic surgery. Liposuction is considered the most popular procedure in the United States for several years running. But liposuction is quite new to the US.

Liposuction was invented in Italy by two gynecologists, Dr. Gorgio Fischer and his son Dr. Gorgio Fischer, Jr. in 1974. Through small incisions, they were able to cut away fat tissues within the body. A rotating scalpel and suctions aided the procedure. Though not as comparable to today's techniques, Drs. Fischer still deserve the credit for liposuction.

Also known as lipoplasty and lipectomy, liposuction removes isolated pockets of fat from the body of those who are of relatively normal weight. These fat pockets or cellulites could either result from overeating alone or as an inherited trait that can't be removed by dieting or exercise.

The liposuction market comes from actors frantic with weight loss failure or simply just anyone who can afford a cellulite-free life. Anyone interested with liposuction should be informed that liposuction, as a surgical procedure, is not risk free. Before going gaga over losing those pesky flabs, better consider the following risks and complications that range from mild to potentially life-threatening.

Skin Sag. Removal of fat tissues in one area of the body at once may result in loose skin, depending on skin's elasticity. Stretch marks hint poor skin elasticity. So you might want to look all over your body for stretch marks first before getting nicked.

Uneven curves. Take-two's of this procedure often come from liposuction patients complaining about lumps and bumps from their original surgery.

Liposuction Scars. Scars from liposuction are permanent. It is recommended that to prevent scar tissue from darkening, they should be kept out of the sun.

Swelling. Depending on the recovery rate and are operated on, edema or swelling may last for weeks or even months after liposuction. Fluid pockets may form. They will need to be drained with a needle.

Infection. Most patients that underwent surgical procedures are prone to infections. Antibiotics are prescribed to take after liposuction to prevent infection.

Burns. Ultrasonic assisted liposuction utilizes a probe that may become very hot and can cause burns.

Organ Damage from Injury. A probe under the skin through a small incision gives the possibility of puncturing an internal organ.

Fluid Imbalance. During liposuction, large amounts of fluids are injected while some fluid is removed from the fat tissue. If not recognized fluid imbalance may result in pulmonary edema, or heart or kidney dysfunction.

Pulmonary Embolism. Small pieces of fat may crumb off during liposuction and go to the lungs as pulmonary emboli. This risk is greatest within the first 3 days.

Lidocaine Overdose. Too much lidocaine injected may result to toxicity.

Liposuction Deaths. For every 100,000 liposuction performed, the risk of death is around 3.

These liposuction dangers could be lowered in rate if an expert surgeon will perform the operation. The health of the patient would also influence the severity of the risks. Avoiding multiple procedures, general anesthesia, extracting large amount of fat could also contribute to a safer liposuction.

Note: This article may be freely reproduced as long as the AUTHOR'S resource box at the bottom of this article is included and and all links must be Active/Linkable with no syntax changes. 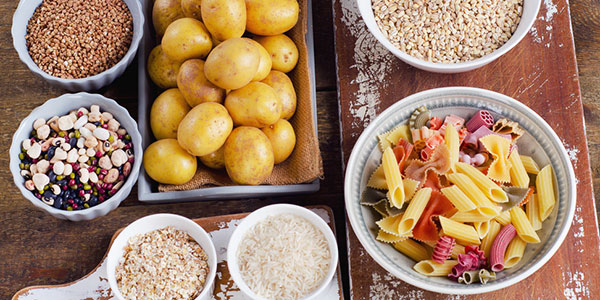 What does your saliva say about your health?

Keep The Weight Off For Good With Easy-To-Understand Advice

What To Do Once You Finally Reach Your Goal Weight