8/19 14:34:48
Laxatives are usually prescribed for the treatment of constipation. They are easily available as over-the-counter medication or in herbal form such as tea bags or powder.
Because of the swift bowel movements, natural laxatives such as cascara, senna, castor oil and rhubarb are often found in slimming tea. Slimming tea have today become a popular weight loss supplement.

Using laxatives to lose weight, is it an effective way? Yes, when you use large quantities of laxatives, weight loss is certainly guaranteed. But this may cause the gastrointestinal tract to be permanently damaged and the bones to become soften and weakened. Many people using slimming tea or dieter's tea believe that they are discharging their unwanted calories. This is not so, as the laxatives work only on the larges intestines and not the small intestines, what is discharged are only water, essential minerals and waste food. This means that the laxative in not helping to reduce the right unwanted weight but instead is depleting the body of fluid and essential minerals and vitamins.

People who suffer from anorexia and bulimia often abuse laxatives as they promise a quick discharge of bowels. Abuse of laxatives is not just taking them in large quantities but also using them over a long period of time. People who take laxatives for many years usually suffer from chronic constipation and they are unable to pass motion without using laxatives. In fact, they are addicted to the laxatives that they need bigger quantities each time in order to pass motion. In some cases, laxative abuse caused permanent damage to their colon and results in loss of control of bowel movements.

Misuse of laxative can lead to a number of medical complications such as:

Dehydration
Frequent bowel movements will cause dehydration. If the lost fluids are not replace, it will impair the body functions.

Electrolyte Imbalance
Frequent diarrhea discharge essential minerals that are important for many body functions. If these minerals are not replaced, there is electrolytes imbalance which will cause serious health problems.

Edema.
Edema is caused by excess fluid trapped in the body tissue. As frequent diarrhea caused loss of fluids in body. This excess fluid loss in turn trigger the body's self-control mechanisms to retain fluid. Swelling caused by edema often occurs in the hands, arm, ankles and legs.

Bleeding
People who use laxatives for prolonged periods, can develop blood in their stools. This frequent blood loss can lead to anemia.

Permanent Damage to Bowel Function.
Due the continuous torture of the bowel and colon areas, people who misuse laxatives can suffer from permanent damage of bowel function.

People using laxatives to lose weight, are mistaken that what they are doing are effective as they can see the decrease in their weight. What they did not realize is that they are not losing the right type of weight. And the weight loss that they are experiencing is dangerous to their health in the long run.
Methods To Reduce WeightWeight Loss DietCommon Sense ArticleExercise GuidesWeight Loss StoriesBelly FatObesity
Related Articles 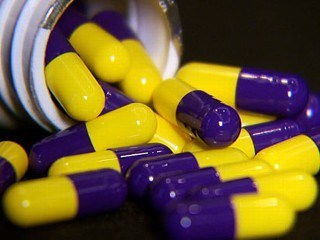 DON'T MISS
How To Make A Weight Loss Plan That Works For You
The Atkins Diet - Will It Work?
10 Healthy Tips for Weight Loss
Losing Weight Safely For That Special Day
Even You Can Lose Weight With These Fantastic Tips
Ho, Ho, Ho Into Those Christmas Calories.
3 Metabolism Mistakes You Might Be Making
How To Boost Your Metabolism And Shed Fat
Low Carb Diet – How to shed weight utilizing Low carb diet plan making use of the Asian way
9 Easy Ways to Slimming Fast and Naturally

How to Set Realistic Fitness Goals