Getting Rid of Belly Fat - Part 2

11/30 9:17:47
In the first article in this series we looked at two types of diets that help reduce belly fat and explored a common flaw with them both. Today we will take a look at the third type of diet and also some exercise regimes that will specifically focus on removing belly fat.

The last type of diet is the low calorie diet, which focuses, as the name suggests, on the reduction of calories consumed. Like the low carbohydrate diet, this is also often considered a rather difficult diet to stick to, who really has the time to work out the calorific value of what they eat and then keep a record of it? This can necessitate weighing portions and researching standard calories per gram - tedious to say the least. Although, it has to be said today food producers are being more helpful and labelling some foods with the calorific value of a portion, but I suggest that until this is universal such diets will always have limited appeal. Even knowing the calorific value of the foods you eat you would still need to maintain a record of what you have eaten during a day to make sure you do not exceed your allocated calories for the day. Personally, I have tried this type of diet of and on for years and always end up giving up in total frustration. It must be said though that if you can bear the tediousness of monitoring your calorie intake it can be effective in losing weight.

There has been a lot of press saying that diets don't really work at all when it comes to losing weight. Primarily, I feel this is because they don't address the real issue and that is the lifestyle of a person and are seen as "short term" measures after which the person perceives they can go back to their old habits having lost the weight that those very habits caused to be gained in the first place. It can be a never ending cycle and one that causes deep unhappiness in some. It must therefore be kept in mind that even the best diet to lose belly fat will never work if the root of the problem, such as self-image, self worth, lack of proper nutrition and exercise aren't being addressed as well.

This moves us nicely into the second part of the key to losing weight: Exercise. Exercise has long been known to be effective in reducing unwanted fat from the body. So the most effective solution is a combination of healthy diet and exercise. So let us take a look at the exercises that focus specifically on the belly:

Here you may be thinking the obvious ones such as abdominal crunches and indeed they will obviously help. However, I have found that introducing a balanced routine of cardio and toning exercise to be the most effective. Cardiovascular exercise such as running, swimming, high impact aerobics or even walking briskly is really the best form of exercise to increase your metabolism and so burn fat. Combine this with toning exercises focused on the stomach area such as abdominal crunches, overhead stretches and push ups on the elbows (this is like a push up but instead of pushing up from the hands keep your hands and forearms on the ground and push up from the elbow, keeping your back straight - this is a very good exercise for toning the stomach) and you will have an extremely effective regime that will produce fast results.
Methods To Reduce WeightWeight Loss DietCommon Sense ArticleExercise GuidesWeight Loss StoriesBelly FatObesity
Related Articles 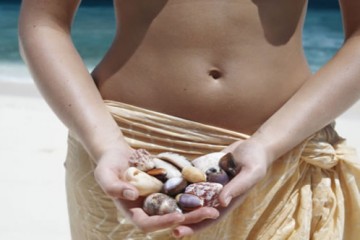 Can you lose belly fat with Green Tea?

Why do women have belly fat?

Do You Know How to Lose Stubborn Belly Fat?